You will learn a proven system that instantly connects, builds trust, and start relationships with website visitors without using fancy marketing tools or sleazy tactics—just using the right words. Guaranteed!

How to stop pitching clients and get them to seek out your products?

Pitching clients is hard. Even harder if you're an introvert like me. Yet, you do it because that's what it takes to build a business. But what if you never had to? What if you could magically read their minds and give them a plan to lead them to a solution (your products)? And what if you could get your website to do it for you?

Let me tell you the story of two horse breeders.

They both had a pony each for sale, and they took them to the market. After a month of trying to sell them at the market, the first breeder gave up. He said he couldn't find a buyer for the price he expected. But the second horse breeder managed to sell and doubled his profit. And that got the first guy curious.

How "giving away for free" doubled his profit?

So the breeder explained what happened. He said that on the second day, something happened. A man walked in with his daughter, who was fascinated with the pony. He let her tough the pony, take a picture with it, and enjoy her moment with the pony. And after a few minutes of excitement, the father was all prepared to buy the pony for his daughter. So he asked the breeder for the price. But instead of naming a price, the breeder did something different.

He made a better offer.

The breeder offered to leave the pony at their place for 15 days so they could see if they liked taking care of it. And if they didn't, he offered to take the pony back. He even offered to leave enough hay, so the pony never went hungry. He also offered to drop by every day to teach the little girl how to care for a pony, brush it, play with it, and feed hay.

When he returned after 15 days, the father and daughter had fallen in love with the pony. They didn't want to give it back. So they decided to buy the pony. The breeder didn't just sell his pony but also charged for the hay, the lessons he taught the young girl, including a few grooming accessories. That's how he doubled his profit.

That's how he doubled his profit. And now, you can do it too.

But your email list is filled with leads who don't buy

They open all your emails and click all the links. But when you start promoting your product, they turn silent. Are they bots? No, they're not. These are real people. Let's call them squatters. They were never meant to be on your list but somehow managed to sneak in.

Agreed, there are a few of them that are true blue freeloaders. But most of them are there because of an invitation from you. Perhaps they signed up for a lead magnet you put out, or they liked your blog and signed up for your newsletter. Nonetheless, freeloaders are a problem. And this problem is more likely because of your messaging.

Weeds are not good for your business or brand.

Freeloaders cost you money, and they are not good. They are like weeds. The more you have them, the greater you are hurting your business. For starters, you pay extra for your email service provider for these seat-warmers.

But how do you filter out these freeloaders? How can you cull out the weeds? Or at least identify these seat-warmers, so you don't let them in? How do you craft your message so clearly that it only attracts your target audience?

Inside the course, you'll learn how to attract the right audience and keep them. We do this by introducing you to the MMMA Framework™ for marketing. We then help you identify the right audience for your business or personal brand and nail that understanding with just a few simple questions. Once you have the clarity, we will show you how to turn that understanding into messaging. We will help nail your messaging further by crafting a simple, crisp one-liner. And then, you'll learn how to draft a crisp 15-second pitch you can use to introduce yourself when meeting people, clients, and even in videos and podcasts. Finally, we also show you how to write your website homepage copy step-by-step. And that's just the tip of the iceberg.

You'll also learn how to create a high-converting website funnel from scratch, including lead magnets and more. Overall, you will need no other course to write your professional website copy from scratch.

Module 6 - Wrap up and Closing Thoughts

And then the bonuses too!

Bonus 3 - Create and Sell Entry-level Products From Your Website

1. I don't have an online business. So I'm not sure if this course will help me.

This course works for anyone that has a business or even a personal brand. If you have a blog, a podcast, or an author, this course will immensely help you.

2. I already have a marketing funnel that works.

Great. This course will help you make it even better. I suggest you pick up the premium version because you'll learn how to create entry-level products that will help you monetize your web presence fast.

3. This course is priced so low. Will this have enough value to help me?

This is just the launch price. We are offering it for such a low price because we are learning about what you need and helping you learn. When we've learned more about your needs, we'll update the course and increase prices too.

That's unfortunate. But we offer a full refund guarantee with a grin. Scroll down to see the details.

Yes. This course doesn't make any assumptions about the experience. Hop on.

6. I don't live in the same time zone. Will this still work for me?

This is a recorded self-paced course that you can access at any time. It doesn't matter where you are. So long as you are connected to the internet, this course will be accessible.

This is the pre-launch sale. You will have access to all the modules of the main course before the 18th of August 2022. The bonuses will show up soon after.

Guarantee with a Grin

What if you don't find this course helpful? We take every step to make our courses implementable. But we understand if it doesn't work for you. In which case, we don't fuss. If you're not happy with the course for any reason, you can drop us an email anytime in the first thirty days after purchase. And without asking a question, we'll process a full refund with a smile.

Two reasons why you must buy now

First, this is a limited-time offer available only now at this introductory price. We expect to update the course (and the price) as soon as we learn the gaps and fill them. And once we know the gaps, I will be adding more videos to fill in the gaps.

Second, I'm offering you an EXTRA BONUS #4. Because if you've got to this point, I'm assuming you are interested in nailing your website messaging. I would have failed if I didn't do everything I could to help you do that so you can attract the right audience, generate high-quality leads, or make more sales. So I'm going to give you an extra bonus to help you personally. And this is in addition to all everything you see above. And you don't have to pay an extra dime. Here's what you get if you signed up for the Premium bundle now:

I will run weekly Cohort Office Hours only for a the first batch. When you purchase either of the bundles, we will send an invite to join me LIVE for at least one hour every week. Once you're in, you can ask unlimited questions regarding your website messaging. I will answer your questions at length, so you can have the perfect website and be seen as the leader in your space.

If you join early, you can enjoy more time with me during these Office Hours. For instance, if we have five clients, each gets twelve minutes in a one-hour call! Trust me; this will be so much fun with a ton of learning. On the other hand, as you see more people on the call, you will also learn from others' questions and my answers. I'm offering you this one-time opportunity, and I hope you will take me up on it. This bonus will not be available for too long.

I charge $400+/hour for consultation on messaging (please don't get me wrong. This is not a brag). But when you buy now, you will get my time for free, plus attend an office hour call within the next seven days! That's your money back with a bonus. So click the buy button, and I'll see you inside the office hours.

Excited to be a part of your success!

I look forward to seeing you on the inside.

(with my "guarantee with a grin" smiley face promise) 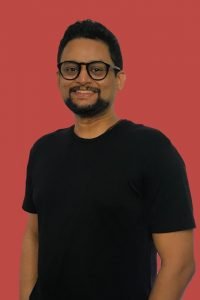 PS: I created this course because none teaches everything I do. The MMMA Framework™ that you'll learn in Module 3 is priceless. I put together the framework based on everything I learned from experts in copywriting, advertising, direct mailing companies, big brands like Apple and Nike, and fast-growing small business brands. I hope to get this in your hands (even if you're introverted, have no experience, or not making money). Because this is the course, I wish someone had given me when I started my journey online. That's partially why we decided to price this so low. From one entrepreneur to another - buy this.

PPS: I'm doing weekly office hours for a limited time. Anyone purchasing this will get an invite to join me inside and ask endless questions regarding your website messaging. You can even share your website; I will review it without asking you to pay an extra dime. When you buy this course now, you will get to attend an office hour call in the next seven days! I hope to see you on the next one.